Howdy, howdy! It’s time for another short Jenae appreciation post. This time, it’s her actual birthday (June 8th). She’s my little sis, my found family, my forever friend. And she’s the bestest. Hugs and love and all of that sappy stuff to you! She knows I’m really bad at this openly affectionate stuff, so I hope she forgives me for being weird and creepy.

You’re smart and sassy and gorgeous. I still wish your husband would let me marry you, just so we could wear fancy clothes and eat epic cake. Stop being a buzzkill, Matt! I kid. Maybe. Nah… it’s the distance that’s the buzzkill, not the hubby. Why do you have to be so far away? Ah well. It just means I have to admire you from afar. I would say it was good because this way you don’t have to know how creepy I really am, but you met me at peak cringe when I didn’t hide it at all and still didn’t run away. I think we’re good.

You’re a wonderful mother and friend and nerd. I’m so glad I get to watch you grow every step of the way. I love that you’re turning your kids into little nerds too. I know life gets crazy and difficult, but you always do your best with what you have. You listen to me complain and always know when I’m looking for actual help or just someone to plot revenge with. It’s usually the latter. We’ve planned so much chaos. You’re the best sidekick a villain could have.

I love you, Sis. And I hope your birthday is awesome!

Hello, hello!  This week has been pretty blah so far.  Monday, I was the kind of sick where you feel mentally fine and physically okay for the most part, but you have to keep leaving the computer (or whatever you’re doing) because of reasons I won’t get into.  Needless to say, I wasn’t very productive that day, though I did finish reading a book (Eleanor Oliphant is Completely Fine by Gail Honeyman.  Message me on Facebook if you’ve read it and want to discuss).  As I’m writing this (it’s Tuesday), I woke up with the general blahs and am blaming ragweed and allergies for it.  Normally, I’d put off working in favor of binge watching something when I feel this cruddy, but I figured I should attempt a blog anyway.  So, here’s a list of five anime I’d rather be binge watching (again) than writing this! 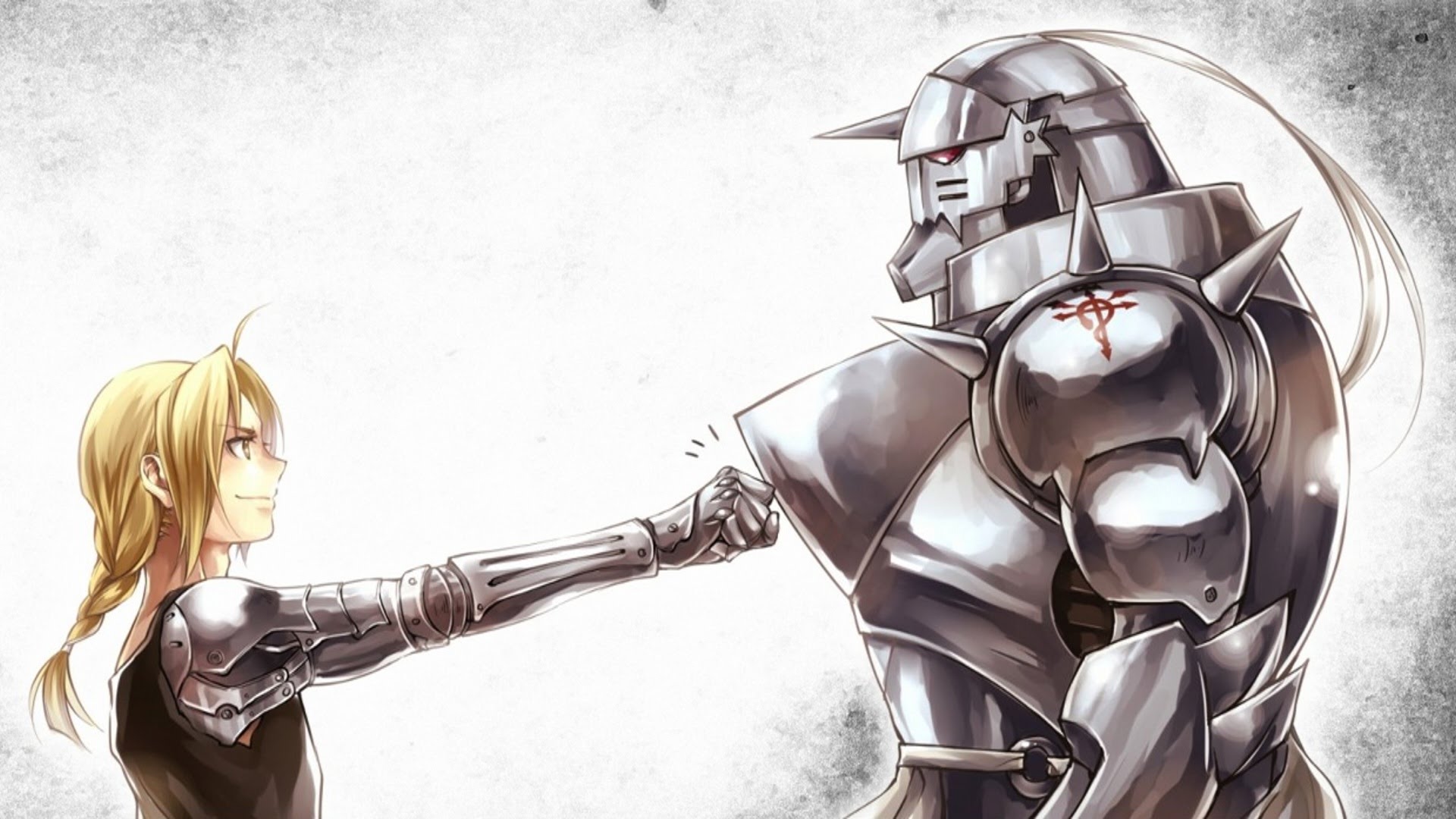 1. Fullmetal Alchemist or FMA: Brotherhood (whichever one I can find the dub of at the time).  I’ve seen both versions multiple times, but I still come back to it every couple of years.  The only problem with them is that I can only get through so many episodes before I hit the first one that turns me into a sobbing mess (if you’ve seen it, you know the one I mean).  Who wants to melt into a puddle of tears when they already feel like crap?  So, I usually save these two for when my nose isn’t already leaking like faucet.

2. Ouran Highschool Host Club.  It’s stupid and hilarious and usually easily found on Netflix, so it’s perfect for when the blahs strike.  I know it’s full of typical shoujo goodness (commoner girl gets roped into spending her days with the hot rich guys and falls in love), but it totally makes fun of all the usual tropes along the way, which is why it’s awesome.  Granted, the ending was rushed because they decided not to do a second season, but you can always read the manga too if the blahs hold onto you for a few days.

3. Yuri on Ice.  I actually only watched this for the first time a few months ago on a couple of my blah days.  Who wouldn’t want to watch a bunch of male figure skaters with vaguely yaoi undertones?  Okay, maybe just me.  But it was lovely and I really want to watch it again even though I saw it not too long ago (which is actually really weird for me). 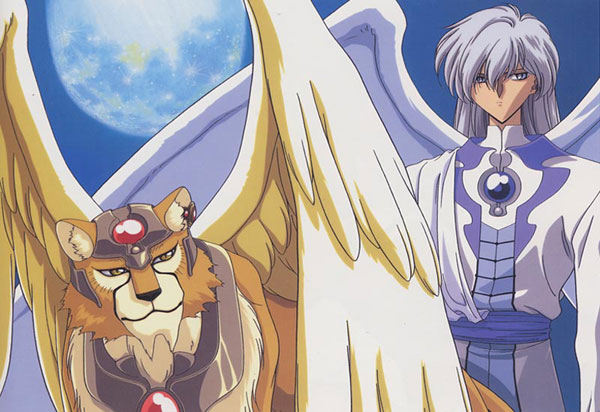 4. Cardcaptor Sakura.  I’ll watch the whole thing, but I prefer the episodes after Yue shows up, especially when I feel blah.  I love the show, but it’s mostly on the list because Yue is my eye candy.  I know that’s not an appropriate reason to watch something, but I don’t really care.  Also, I can’t wait for the new CCS series coming out soon! 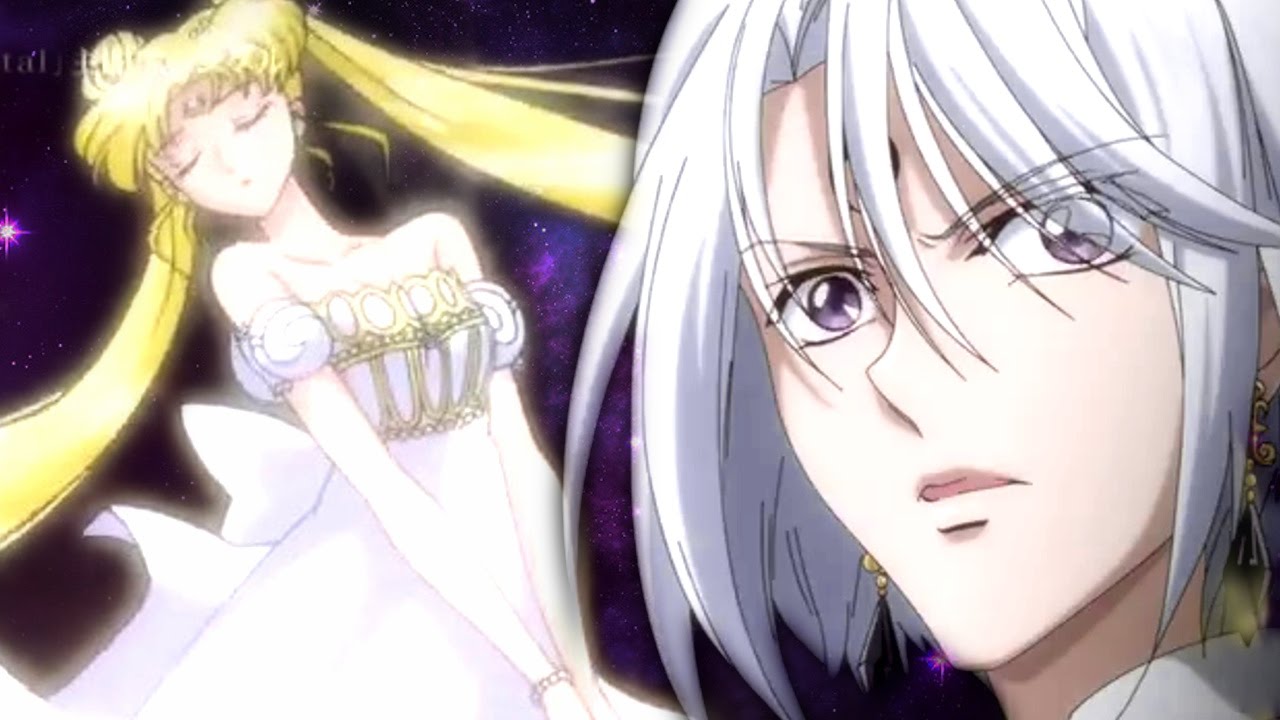 5. Sailor Moon.  Specifically, the Black Moon Clan arc.  Why?  Because even though he’s a villain and an idiot, Prince Demande/Demando/Diamond was my favorite bad guy (still is when it comes to SM).  I might have an eye candy problem when I feel blah.  I also just noticed that I apparently have a type.  I’m okay with this.

So, that’s one of my go-to lists for binge worthy shows when I’m not feeling 100%.  What about you?  Do you have any shows you go back to when you’re not feeling well and don’t feel like following new story lines?