Howdy, howdy!  After a nice rest, I’ve been digging into the second novel attempt (it doesn’t have a title yet).  I’m currently just reading through it to get back into the voice and to figure out where I left off, but something strange has been happening during this process: I actually really like this story.  Like, I’d be willing to buy it if I came across it in a bookstore kind of like.  It’s weird.  Personally, I’m the type of person who usually hates everything she writes, so this is a scary concept for me.  I know I’m not alone in hating everything I write, so I thought I’d share a little about why I think I’m that way and what this experience has taught me thus far.

First off, for anyone who thinks their words suck, you will be asked (repeatedly) why you keep working on something you feel so bad about.  You are not alone.  Most people don’t understand the usefulness of self-loathing.  For me, I think it’s mostly just a defense mechanism.  If I tell myself that story I just submitted sucks, then the inevitable rejection won’t hurt so much.  And yes, while a story is in the limbo of a slush pile, rejection is considered inevitable.  Maybe I’m a pessimist.  Anyway, it’s not that I actually hate my work, it’s just that if someone else ends up hating it, it doesn’t hurt as bad if I can say “yeah, I know it sucks.”

So, what happens when self-haters can’t help but admit what they’re working on is good?  Lots of mixed emotions, that’s what.  There’s denial: “I didn’t write that.”  “There’s no way my thoughts are that organized.”  Then there’s the fanciful rationalizations: “The writing fairies got ahold of it while I wasn’t looking and changed everything.”  (Yes, they exist.  We’ve all opened our manuscripts to find things we know we couldn’t or wouldn’t have written.  It’s usually just a word or phrase, nothing too obvious.)  And finally, there’s acceptance.  That “Holy crap, I wrote this…” moment.  And you know what?  It’s okay to feel that way.

I’m still at the point in this novel where I don’t have to share it with anyone.  Where all that matters is what I think.  So, I’m allowing myself to indulge in that rare book-narcissism that I see others constantly immersed in.  Why not wrap myself in the warm fuzzy feeling of liking something I did all by myself?   The book’s not even a third of the way finished.  There will be plenty of time for hatred and disgust later, right?

In other words, even if every fiber of your self-loathing writerly being says to resist, know that it’s okay to like your words.  Hell, some people would go so far as to say it’s a natural feeling!  Not me, of course, but others.  You can worry about all of the potential rejection later.  Right now, accept the warm fuzzies!  Accept them!  That’s right… just let it happen.

Hello again!  Apparently people like reading about the lives of cripples (who’da thunk it?).  My last post crushed all of my others by at least three times the views.  Thank you for that.  It’s kind of creepy, considering I’m not all that interesting, but yeah… thanks!  Since I’m still out of ideas for writerly topics and have no pictures of food to share, I thought I’d continue in the more personal vein to see if last week was some weird fluke.  Rather than focusing on general cripple life, I think I’ll talk about sexiness!

Over the past year or so, I’ve read quite a few articles about crippleness and everything from fashion to sex appeal (usually from male perspectives).  Pile that on top of a ton of negative commentary on how males objectify females (but never vice versa which is total crap), and it spawns many an eye-twitch inducing moment, but I always manage to keep my mouth shut.

You see, unlike most of the females I know (and a number of the males), I’ve never had to endure wolf whistles and cat calls and all of that creeptastic behavior.  Why?  Because (biologically speaking), I’m undesirable as a potential mate.  When straight males look at me, that primal part of their brains that focuses on reproduction isn’t activated.  I know that, and over the years, I’ve come to accept it.  But because of this lack of being lusted for (yeah, I went there), it grates on my nerves when I hear how horrible objectification is.  Don’t get me wrong, when it’s creepy and makes someone uncomfortable, it’s B-A-D bad, but a random “looking good” from across the way isn’t.  Being constantly overlooked or not considered mate-worthy isn’t as nice of a thing as many people imagine.  Keep that in mind the next time you’re so disgusted with the person who whistled at you from the other side of the street.

On the flipside of growing up without being sexually objectified (yes, there are other kinds of objectification I’ve encountered), it has forced me to learn how to look at myself and acknowledge the sexy bish inside since no one else is going to do it.  It’s exceedingly rare for this to happen, but it does.  Also, it’s a fairly recent development, so it still weirds me out a little.  I mean, I constantly hear about how you have to learn to love yourself and how you shouldn’t need the validation of others (which is theoretically true), but I wonder if people realize how much easier said than done that is!  It’s taken me near thirty years to accomplish it, and it’s still something I can’t admit in the moment.  Only when I’m looking back can I say “Damn, I was sexy there!”

Self-perception is everything, but it’s fed by public-perception, so the next time you’re walking (or rolling) down the road, throw someone a whistle or a “looking sexy” or “cute top” or “great shoes” or something.  Then, you keep going so you don’t make it creepy.  Yeah, some people might accuse you of being a perv depending on your statement, but you never know whose day you might make a little brighter.

Hello there!  I think I’ll address another question/comment today.  Remember, feel free to send me questions or comments or whatever here or at Facebook or Twitter.  This one is from Dallas Funk.  She recently brought it to my attention that we aren’t preparing for a new semester, we aren’t panicking to finish up our last packets, and we aren’t getting ready to travel halfway across the country for ten days of writerly business and fun.  How does that make me feel?  Well… 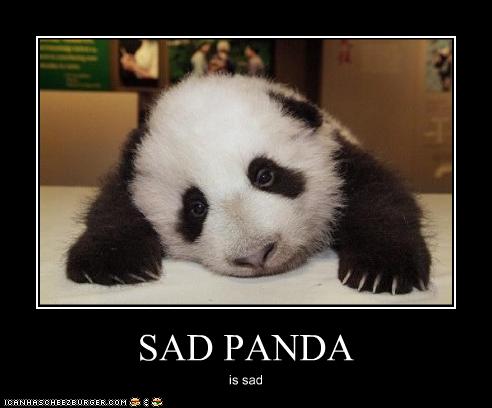 Actually, that’s only kind of right.  Sure, I’m sad, but I’m also a little excited and relieved and not as stressed (though I fully admit to facing new kinds of stress).  I mean, right about now is usually when I’d be starting to prepare for the residency and worrying over the drive that isn’t for another month (irrational fears FTW!) and all that.  Instead, I started writing a new novel this month while I wait for feedback on the other one.  I had been working on a collection of short stories, which was becoming tedious, so I switched projects.  The fact that I’m not working towards a thesis, and that I didn’t have to check with anyone first, made it much easier to convince myself that this kind of shift is okay.  The freedom, man!  The freedom!

I will definitely miss everyone, but this is what happens as we grow.  We lose touch with some and make new connections with others.  Also, I’d normally have a social buffer right around this time to make the transition easier.  A weekend out among other similar minded freaks (granted, these are anime lovers, not writers, but still).  Also known as A-Kon weekend.  But I’ve chosen to skip it this year (that was a dumbass move on my part).  I think that has me more sad than anything.  I knew school was a limited time thing going in, but this is the first time in thirteen years that I’ve skipped A-Kon.

Don’t get me wrong, it is time for a break from A-Kon, but I kind of regret doing it the same year I finished school.  However, I am trying to stay a little social by going to readings and stuff.  Yeah… I guess that’s really the biggest “sad” part about not prepping for a new semester.  It’s just the lack of socializing that’s got me a little down.  That’s actually a pretty terrifying revelation for someone who never really cared about having a social life.  Gee thanks, Stonecoast!

I guess what all this boils down to is that I’m having feels about the situation, but none of them are really standing out.  Actually, I posted a Facebook status a few days ago that said “It feels weird to not be prepping for A-Kon or a new semester.  I shouldn’t have stopped both in the same year.  Sad Cyn is sad.  In other news, I decided to start a new novel tomorrow.  It’s a standalone.  Much more post-apocalypse (but not really) sci-fi than I’m used to writing.  I’m kind of excited.”  That was when a friend’s mom asked if I was bipolar (jokingly, of course) and I replied with “It’s a writer’s life!  Conflicting emotions are the norm.”  So, that there’s the short version of everything I just said.

Happy #Baturday! Look at the little floof!
I sang it in my head.
In case anyone was wondering.
New #post!
Accurate.
#Inspiration time! What would you #write?
Loading Comments...