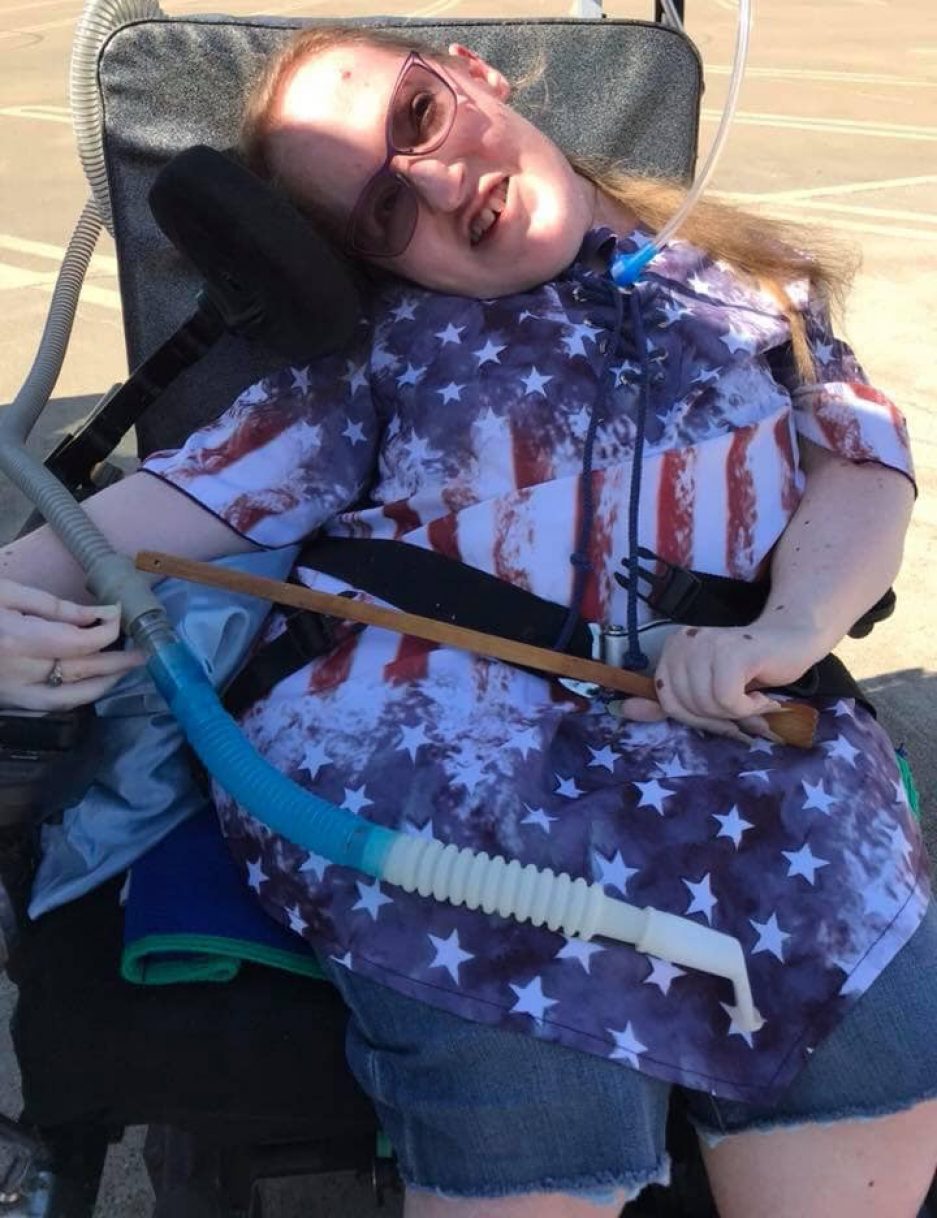 Hello, hello!  How is everyone doing this wonderful day?  I just realized it’s National Poetry Month and what better way to celebrate than to announce my latest publication?  My poem, “Dear God,” was released on Monday in Breath and Shadow’s Spring ’19 issue.  So, I thought I would take a moment to update you on this and on how Road Kill: Texas Horror by Texas Writers Vol. 3 is doing.

First, the new one!  “Dear God” is a piece I shared on here a few years ago, so if it seems familiar, that’s why.  However, the version posted on Breath and Shadow has been edited into a more streamlined piece.  It was originally written while I was an undergrad taking an Intro to Poetry Writing class with professor Jennifer Key.  One of our assignments was to write a poem speaking to God.  Many of the students wrote extremely happy and/or vague poems, so it was a little weird when it came time to read mine.  But I’m glad I read it to the class and I’m proud that this newest version is out in the world.

A little bit about Breath and Shadow.  It’s a quarterly journal out of Maine that focuses strictly on disabled writers, no matter the disability.  It’s a wonderful publication that gives a voice to a vast group that often goes unheard.  Normally, I keep my disability to myself when I’m submitting my work because I don’t want to be a publication’s token cripple or fodder for inspiration porn, but Breath and Shadow is a place where I didn’t have to worry about any of that.  Why?  Because all of the editors and staff have their own disabilities, as well as all of the contributors.  It’s simply a neat journal that publishes awesome writing by people who happen to be disabled.  Check it out.

And lastly, an update on Road Kill vol. 3.  It recently won the North Texas Book Festival Book Award!  I’m super proud to be in a collection with such a wonderful group of writers.  Thank you once again to E.R. Bills for putting it together.  If you haven’t checked it out, visit the link at the beginning of this post and consider picking up a copy.  It’s available as a paperback and a Kindle ebook.

I’m wrapping this up a little quicker than usual, since I’m sure you’re tired of my shamelessness.  I’ll be back next week with a special book review of a duet (two reviews for the price of one)!  In the mean time, feel free to share your thoughts, comments, or recent accomplishments here or on my social media pages.

Howdy, howdy!  It’s (already) April once again.  Can you believe it?  A quarter of the year has passed us by.  As many of you know, that means it’s National Poetry Month.  I admit that I haven’t given poetry much of my time this past year, but I want to change that.  At least for a month.  I didn’t realize how much I missed it until my Facebook friends started posting daily poems.  So, I thought I would devote this post to a few of the ways that I hope to celebrate this month.

1. Write a poem.  I honestly can’t remember the last time I wrote one.  But I recently had a nostalgia moment where I read through some of the ones I wrote as an undergrad, and that made me really miss the structure that poetry provides.  I used to love writing villanelles and haikus and sestinas.  Anything with strict constraints.  I liked looser forms as well, but they weren’t as challenging.  That little trip down memory lane even resulted in me submitting a poem to a contest.  Send good vibes!

3. Base a story off a poem.  I’m almost done with my current novel attempt, so I’m hoping to work on more short stories and flash pieces, that way I have more things to submit.  I know I use art a lot for inspiration, but I’ve also been known to use songs and poetry in the past as well.  It might be an adaptation, or it could just be loosely connected, but hopefully it’ll be something good.

4. Take the time to listen to some poetry.  I don’t know of any upcoming readings around here, but YouTube has plenty.  And there are always podcasts.  I’m sure if I asked my Facebook friends for recommendations, I’d come away with too many options to check out in a month.  Feel free to shoot me some podcast or other ideas for places to listen to poetry here as well!

5. Look back at some of my old favorites.  I used to have a few poems memorized, but I can’t get all the way through any of them anymore.  From Ai to Donne to Poe, there are a lot of poems I should probably revisit.

That’s my plan for celebrating National Poetry Month.  What about you?  Are you going to read or reread some of your favorite poems?  Maybe you’ll write some of your own poetry.  What about my visual art friends?  Have you thought about making your art based around a poem?  Feel free to share your plans here or on my social media pages!

Hello, hello!  Since April is National Poetry Month, I thought I would share a list of five poems that have stuck with me through the years.  They aren’t necessarily favorites, just ones that I keep coming back to for some reason.  I think we all have at least one, even if we aren’t the biggest fans of poetry in general.  It might be a nursery rhyme or song lyrics (because those totally count as poetry), but it’s there.  I actually have a lot more than five, but I don’t want to bore anyone. 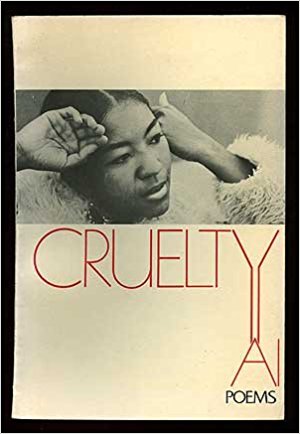 1.  The first poem is called “The Suicide” by Ai (if the link doesn’t take you directly to the page, it’s on page 40 in that one).  It was originally included in her collection, Cruelty.  I found this poem in my Intro to Poetry Writing class an undergrad.  The teacher gave us a list of poets and we had to pick three to read.  I wanted to see what a woman whose name means love wrote about, and I wasn’t disappointed.  I immediately fell in love with the way she made mundane things creepy and disturbing, but made the creepy and disturbing stuff beautiful.  I don’t know why “The Suicide” has stuck with me, but I find myself drawn to rereading it every couple of years.

2.  Next up is “Acquainted with the Night” by Robert Frost, which appeared in West-Running Brook.  Pretty sure I was still in high school when I was introduced to this one.  I just remember feeling a kinship with the speaker of the poem.  Someone who was awkward, lonely, and probably a little depressed.  I still feel that strong connection to it whenever I read it.  Maybe I’m just weird.

3.  I can’t do a list like this without including John Donne.  A lot of his poems have resonated with me, but the one that I undoubtedly come back to the most is “Holy Sonnet X: Death, be not proud.”  I don’t remember how old I was when I came across this one, but I do know that I loved it from the start.  The personification of Death has always interested me.  The idea that it was a physical being that I could talk to was creepy and wonderful even as a kid.  Then Donne goes and kills Death, which I fully admit I found a little sad.  Why can’t Death join us in eternity?  But yeah, this is one I’ll always hold dear.

4.  The Wild Iris by Louise Gluck is another collection I discovered during that Intro to Poetry Writing class.  While I related to a lot of the poems in this book, “Snowdrops” is the one I come back to every so often.  I read it as someone breaking free of a long depression, feeling all of that weight disappear.  It gave me hope during a dark period in my life.  It still gives me the same feeling every time I read it.

5.  And, of course, Poe is going to make an appearance on this list.  While I am drawn more to his short stories, I do enjoy his poetry once in a while.  For me, “A Dream Within a Dream” is the poem I come back to the most.  I can take or leave the first half, but something about the second part just keeps calling me back to it.  The fear and the lack of control is something I relate strongly to, so I suppose that’s why I keep going back to it.

What about you?  What poem keeps pulling you back to it?  Feel free to share your list here or on my social media pages.