Hello, hello!  I’m back and (mostly) better.  Lately, my posts have been relatively light and fluffy, but today I want to ramble a little about another touchy subject: labels as identities.  What I mean by “labels as identities” is all of those terms we use to answer that infuriatingly unanswerable question, “who are you?”  Well, I’m Shawna!  But, who is Shawna? … How the hell am I supposed to know? 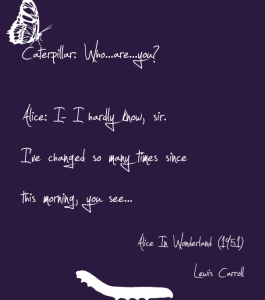 A couple of weeks ago, a friend of mine posted an article on Facebook about how the labels “heterosexual” and “homosexual” are more detrimental than not, which got me to thinking.  I don’t know if I actually agreed with much of the article, but I certainly do think that the plethora of labels people feel the need to use to identify themselves is becoming harmful.  Rather than bringing us closer together, these labels are causing further divides.  I suppose I should probably explain some of my thought process and hope it makes things clearer.

First, let me say that in my reasoning, it’s important to remember that these labels or identities or whatever you want to call them ultimately define only what we are, not who we are.  For example, I tend to use the term “cripple” as one of my labels.  It’s what I am, but it’s not who I am.  Who I am as a person has more to do with my preference towards “cripple” instead of the PC term of the week (I think it’s “differently abled” at the moment or something like that), than me being crippled has to do with who I am.  It’s simply my adjective of choice.  One of so many adjectives that it’s getting really hard to keep everything straight. 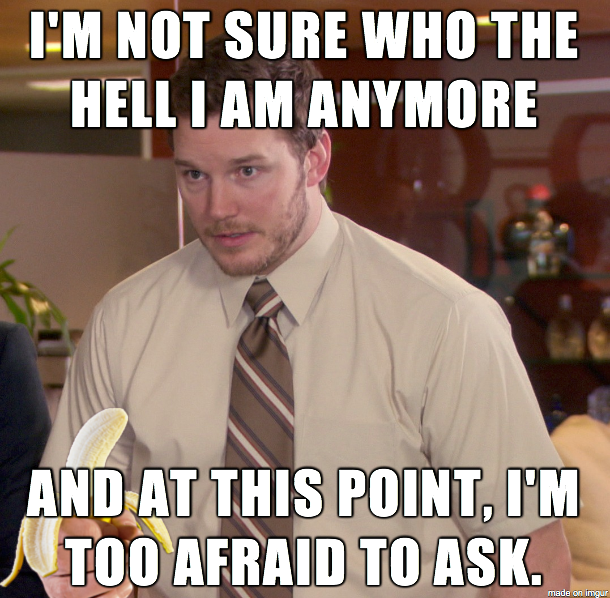 The who is so much more than anything a label can define.  It’s something unexplainable. Humans have this insatiable desire to give everything a name or some form of identification.  We can’t be satisfied with general terminology, we have to be exact.  You don’t believe me?  Just think of the color red.  How many different words can you think of that describe a shade of red?  Scarlet, crimson, rose, blood, ruby, garnet, vermillion… the list goes on.  Now, apply that to people.  Think of the currently expanding list of gender and sexual identities, not to mention all of the random adjectives we apply to all of the other aspects of ourselves.  We use these labels and identities to try to explain something that is indescribable. And normally, that’s fine. But in today’s society, we’ve become so obsessed with telling people what we are that we forget to show them who we are.  And I think that’s really sad.

In other words, I guess what I’m trying to say is that we need to stop worrying about who’s black or white or Christian or Muslim or liberal or conservative or any of that, and start focusing on who people really are.  Start worrying about whether people are asshats (another label, I know, but you get the point) or not.  If they are, none of the rest of that stuff will redeem them, and if they aren’t, well nothing else really matters.  Be who you are and don’t worry about what some label says you have to be.  That’s all.

2 thoughts on “On Labels as Identities”