Hey, all!  I don’t feel much like writing a big post right now.  We had to put our last puppers down yesterday (or today as I’m writing this).  He was pretty old for a chihuahua (15 or 16), and he was really sick, so we had to make the choice.  Instead of the usual post, I think I’ll just spam you with pictures of some of our old puppers. 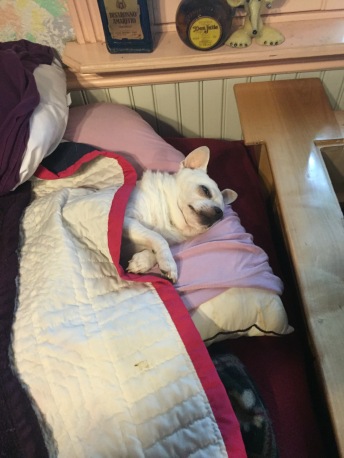 That’s Chewy.  He’s the one we just put down.  Mom rescued him back in 2002 or so and he was with us ever since.  He liked to pee on people and cuddle and would run around bumping into things because he was blind.  He was the baby of the family. 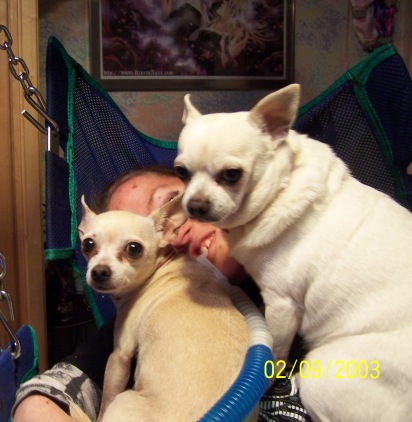 This was Dame Julia of Mesquite.  She was my Jujubee.  We had to put her down back in 2014 and she was around 13 or 14 and she was really sick.  She was my protector.  Whenever she was in lap, you couldn’t come near me without getting nipped at.  I fully admit she was rotten and spoiled.

Toto!  She was my sister’s dog that she got from one of Dad’s jobs.  She was put down in 2011, but I’m not sure how old she was (at least 13 or so).  Her snaggle-teeth weren’t helped by the fact that she liked to attack socks and wouldn’t let go even after you lifted her off the ground.  She was the sweetheart.

This was Speedy.  He was the first dog that was supposed to be mine, but he got too big to sit in my lap.  We got him in 1993 from one of Dad’s jobs and he stayed with us until 2010 when he had to be put down.  He was Dad’s pup once he crawled up behind Dad’s neck and watched TV with him.  He would sing and bounce around and was generally the sweet, loving old man.

We had plenty of other dogs before these four, including Schnapps and Michelob.  I don’t remember a time in my life when there wasn’t at least one dog around.  It’s a weird feeling.  That’s all I really feel like saying this week.  I’ll be in better spirits next week.  See you then!

I feel attacked. But I'm okay with it.
Translations are hard. Or Death is really kinky.
New #post! Just a little #rant.
Wouldn't even think of him.
#Inspiration time! What would you #write?
Happy #Baturday!
Loading Comments...
Comment
×
%d bloggers like this: